The ALD Alliance helps families across the United States that are newly diagnosed with adrenoleukodystrophy (ALD) by giving them the resources they need to fight this rare and devastating disease.  This fight begins by making sure every baby born in the United States is tested at birth for ALD.
​
The ALD Alliance was established to address the need for information and newborn screening with respect to Adrenoleukodystrophy. In addition, we strive to support and encourage those afflicted and their families as they struggle to endure, adjust and cope with the demands of the disease.
​
The Aidan Jack Seeger Foundation will now be called ALD Alliance

The Aidan Jack Seeger Foundation will now be known as The ALD Alliance.  We are changing our name to welcome other ALD families to our mission; working together to accomplish our goals.  In 2012, I made a promise to my son Aidan that I would have adrenoleukodystrophy (ALD) added to the newborn screening panel in New York State before the one year anniversary of his death.  As many of you are aware, Aidan’s Law was signed in 2013 and testing began in New York in December of that year.

Fast forward to 2020.  There are now 29 states testing for ALD.  More than 244 newborns have received their diagnosis at birth, giving them the opportunity to benefit from monitoring and lifesaving treatment.  Thanks to our standards of care meeting we have held for the last four years,  experts in this field have worked tirelessly to create protocols for care after diagnosis. We have also created  an ALD Parent's Guide: A Guide to Living with ALD has been published to serve as a road map for families receiving this diagnosis.  Looking back on these last eight years, I think it is important to acknowledge that this would not have been possible without the amazing families, medical professionals and lawmakers that have united to make this much progress.

The ALD Alliance is this unification brought to life. We have accomplished a great deal, but we still have work to do.  While ALD remains on the Recommended Uniform Screening Panel (RUSP), there are still states NOT testing for ALD. I look forward to a day where EVERY baby no matter where they live - has the same chance at a normal healthy life.  As we move forward, it is my hope that our original posse that has helped us get this far and new families will continue to fight and join us so that every newborn is screened for this disease.  And for those that have found us along the way via your own journey with ALD, please join us as we expand our mission to reach as many families as possible that are affected by this disease.

Together we can,
Elisa Seeger 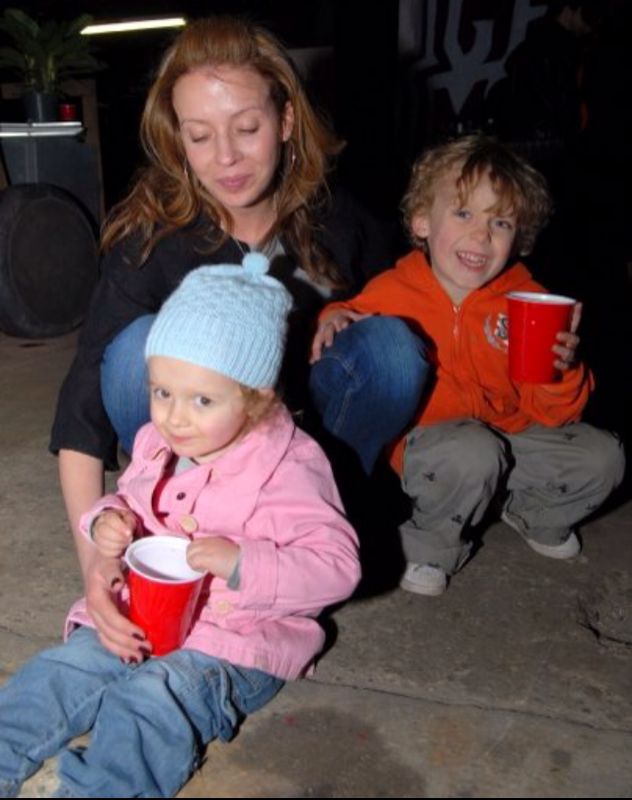 Aidan’s Story...
​
Aidan was born July 21, 2004 a healthy, robust 8 lbs 14 oz. He grew quickly was in the 95 percentile, met all of his milestones and was walking by the time he was 10 months old. More inquisitive than vocal, he seemed to study people, objects and situations before diving in. Aidan excelled in school and the teachers wanted him to enter the gifted program for 1st Grade. We decided to keep him with his classmates in the same school, it would be best for him to enjoy being a kid and worry about academics as he got older. Aidan loved playing chess and was very successful at winning against older opponents and in tournaments. Aidan loved dressing “fancy” as he liked to call it wearing dress shirts with vests or ties when we could find them in his size. He loved his little sister, Sienna dearly and made sure to watch over and protect her. When Sienna was in Pre-K and Aidan in 1st Grade, Sienna came home complaining about one of the little girls in her class, how this girl was mean to her and picked on her. Well, being the overprotective 6 year old big brother he was, he would wait outside Sienna’s Pre-K class so he could have a “talk” with the little girl. These are just some of the sweet stories about Aidan before ALD entered our lives.

​In late March, early April of 2011, Aidan’s 1st Grade school year, he started having some vision problems. He started reading and writing with his head very close to the table. Having no other behavior issues, we just assumed he needed glasses. We took Aidan to our ophthalmologist who said he had 20/20 vision. We then took Aidan to a pediatric ophthalmologist who also told us he had 20/20 vision and “sometimes children do this as they are just learning how to read and write”. This would make sense if it were the beginning of the school year, but it was close to the end of the year and prior to this Aidan had been doing really well in school.
​
The next suggestion was a retina specialist who did recognize something was wrong, but didn’t know what it was. Back to our pediatrician who suggested a visit to the neurologist. At the appointment with the neurologist, the doctor spent a lot of time doing a physical check up: asking Aidan questions, asking him to run up and down the hall, touch his nose, etc After about an hour the doctor said “I don’t think anything is wrong with him, but let’s get an MRI to make sure.”

June 2, 2011 that was the day our lives were forever changed as we were told our son had a disease called ALD, there was no cure and that he only had a few months to live.

This began our journey for the quest to save our son’s life from a disease we had never heard of. The next week we were on a plane to Minnesota where the diagnosis was confirmed and the work up began to see if Aidan was eligible for a bone marrow transplant. I remember falling to the ground as we got the phone call that, YES, Aidan was eligible for transplant and the hope was this would save his life and stop the progression of the disease.

We came back home to Brooklyn waiting for a bone marrow match and the date when he would receive his transplant. We wanted a 2nd opinion and we had the chance to go to Duke in North Carolina, the only other hospital in the country with experience in ALD. On July 4, 2011 we drove down to North Carolina as a family and this is where we stayed.

Aidan went through 10 days of chemotherapy and received his 5/6 cord blood transplant on July 21, 2011 also his 7th Birthday and little more than 1 month after first hearing the word adrenoleukodystrophy.

The following months were grueling and Aidan lost all of his abilities in one night. He was walking, talking and eating the night before and the next morning he was unresponsive. After ruling out Sepsis, the doctors believed his condition to be PRES (Posterior Reversible Encephalopathy Syndrome), a common occurrence when taking anti-rejection medications. As the doctors changed his medication to hopefully reverse this condition, Aidan never fully regained his abilities. Except for one unexplainable night about one month from losing everything, Aidan woke up at 2:00 AM sat up, asked to drink soda, was talking and moving and fully cognitive. He went back to sleep and was never to be “himself” again.

After 7 months at Duke University we were transferred to NYU so we could hopefully move Aidan back home.

We spent 3 months in NYU with a series of complications, although Aidan was 99% donor cells (his blood type changed from O negative to A positive) his disease was too far progressed. Aidan passed away on April 29, 2012; just 11 months from his diagnosis.
Life for our family will never be the same. We will always have a hole in our hearts and time will not heal it. Our hope is to help other boys and their families affected by ALD.

​Aidan and our family have been blessed with support from all over the world. Aidan’s Facebook page quickly reached over 20,000 members who went on this journey with us. The letters, cards, gifts made our days brighter and made us feel that although the majority of these people never knew us or our son they were praying for his recovery. The family and friends who held fundraisers allowing us to spend every precious moment with our son are priceless. The Aidan Jack Seeger Foundation is a tribute to our hero Aidan who suffered enormously and showed us the meaning of kindness, hope and most of all love. Our hope is to help save future boys and their families this unimaginable suffering.
Read more: