Elisa fights to make sure other boys and their families across the nation have the knowledge and resources they need to fight ALD. Immediately after her beautiful son Aidan passed away she fought to get newborn screening for ALD in New York State passed. Since then she continues to add other states onto her growing list of hope. Known for her compassion and strength she is the founder of the Aidan Jack Seeger Foundation.

Jaap-Jan Boelens MD
Jaap-Jan Boelens received his medical education at the University Medical Center Utrecht (Netherlands) and his PhD from the University of Amsterdam/Academic Medical Center.  He completed his residency in pediatrics from Leiden University Medical Center/Juliana Kinderziekenhuis and fellowships in both immunology (University Medical Center Utrecht, Netherlands) and oncology (Erasmus University Medical Center, Netherlands).  He spent a decade developing an umbilical cord blood transplant program in the Netherlands that is now the largest in Europe and was awarded the Swammerdam Prize for Innovation in Cell Therapy/Oncology from The Dutch Society of Hematology. He is currently a pediatric hematologic oncologist and Chief of the Pediatric Stem Cell Transplantation and Cellular Therapies Service at Memorial Sloan Kettering Cancer Center. He is a professor in pediatrics at Weill Cornell medical College and the Richard O'Reilly Chair in Honor of Kevin Zoltan.  He currently specializes in bone marrow and cord blood transplantation to treat blood diseases in children and young adults. He has particular expertise in caring for people with rare diseases, such as lysosomal storage disorders like Hurler’s disease and leukodystrophies like metachromatic leukodystrophy, adrenoleukodystrophy, and Krabbe disease. 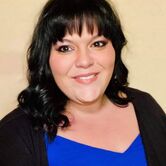 Kristen Fowler, RN
Kristen Fowler earned her nursing degree from Fairmont State University of West Virginia. She has 8 years      of nursing experience, specializing in neuroscience both clinically and in case management roles. Kristen is    attributed with creating our Aidan's Rides - which has now grown from West Virginia to over 15 states     across  the country. 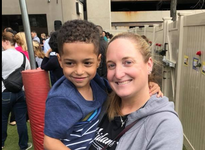 Kelly Waterman, BSN, RN
Kelly Waterman, BSN, RN earned her nursing degree at Syracuse University in 2000 and has worked in hematology/oncology her entire career beginning at Massachusetts General Hospital and has now been at Memorial Sloan-Kettering Cancer Center for 17 years. She has two young boys with ALD of which she and her husband, Anthony found out through the birth of their second son and benefitting from Aidan's Law. Kelly has since gotten very involved in advocacy and awareness of ALD and newborn screening.